Pixel 5 Gap Gate: It's not only the gap!

In April this year I bought a Google Pixel 5 phone to replace my old Samsung Galaxy S7. I was searching for a phone that has a small size but still all new features and good camera. The Pixel 5 was the ideal candidate, especially as its NFC sensor for Google Pay and my blood sugar sensor Freestyle Libre works much better. In addition the camera is producing fairly good pictures. The aluminium body makes the backside much easier to hold without a cover (Samsung Galaxy S7 is impossible to hold and work with if you don't have a cover on the back side).

The new phone - a quick review

When I got the Pixel 5 in April, everything was looking great: I was really happy to have the phone. The software was much better than Samsung's bloatware (like Samsungs horrible Bixby). Phone was very fast and it was a pleasure to work with. After unpacking it, I also checked, if the phone is affected by the Pixel Gap Gate (#PixelGapGate) - which wasn't the case! Mentioning the well known "Pixel Gap Gate" is also the reason for this blog post: After heavy use for a few weeks, mostly in office at home, and inductive charging (which heats up the phone more than by charging with USB3 cable), I figured out that my phone was indeed affected by #PixelGapGate, it just took longer. On the upper side of the phone, the gap between body and display started to open a bit. During the time it got larger. In June it was approximately as large to put your fingernail inbetween: 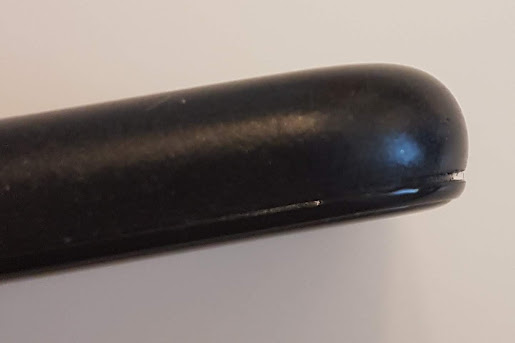 At first, I did not notice any other issues, so I was happy with Google's statement about #PixelGapGate.

Starting of July, when Corona restrictions were loosened, I spent more time outside. I did a large number of phone calls without bluetooth headset: Back to life! I noticed quite fast that the phone screen went dark as soon as you started a call: You enter phone number, press "Call" button and half a second later, screen went dark. At first, I thought that this might be an issue of the Google Phone app, but after several updates with Play Store this did not change. So I started to investigate: It took a while to get the connection:

Those two facts lead me to the right direction: Why does the phone screen normally wents dark? YES! Because of you move the smartphone to your ears! It is just a protection, so you not accidentally hit on-screen buttons while you listen to the phone call. If you move the phone away from your ears, screen switches on again.

You can easily test this: Start a phone call with any Android device. Screen should be turned on. Then move your hand at the top of the phone and when it gets closer than 5 centimeters, the screen switches off. If you move away the hand, screen goes on again. Responsible for this is the proximity sensor, which is a default on all smartphones (it was also installed on most old Nokia or Siemens Phones of the pre-smartphone era).

To further investigate, I installed a proximity sensor test app. I also did this on my old phone, and then the issue was obvious: After starting the app on the Pixel 5, the sensor app showed a green frame and the text "NEAR". On my old phone, the proximity sensor behaved as it should: The frame was colored red and the text "FAR" appeared. As soon as I moved the hand over the sensor of the Galaxy S7, screen went green and showed "NEAR". In contrast, on the Pixel 5, the sensor did not react to my hand at all.

Digging a bit more, I figured out, that the sensor works, if you take your other hand and then press against the screen on the top-left or the top-right corner of the screen (not in the center, because the sensor is located there). If you then move the other hand in front of the sensor, the test app confirmed, that proximity sensor was reacting in the same way like on my old phone. I searched Google and found a lot of complaints about that:

One person also posted a video, which exactly reproduced what I have seen (source: https://drive.google.com/file/d/1S-nvsvxE_OyiqyS1DURfDLt9vTGyLCkT/view):

This quite clearly illustrates my issue. I was happy that I was not alone!

What does it have to do with #PixelGapGate?

It is just bringing together the two issues: There is a gap between screen and body (#PixelGapGate) and the proximity sensor issue is solved by pressing on the screen! To explain how this works together, you have to understand how the gap sensor is installed on the phone: In older phoes, the gap sensor is at the top of the phone as a separate hole next to the earphones. In most cases it is powered by a capacitive or infrared sensor (you can test this if you put other objects than fingers in front of sensor, infrared sensors detect only fingers/ears, capacitive sensors detect almost everything). The problem with newer phones is that the whole front of phone is the display, so there is no space to insert a small hole. In fact, the Pixel 5 proximity sensor is at the top center of the display and mounted behind the display glass. If it is enabled, you can see some white flickering at top center of screen: 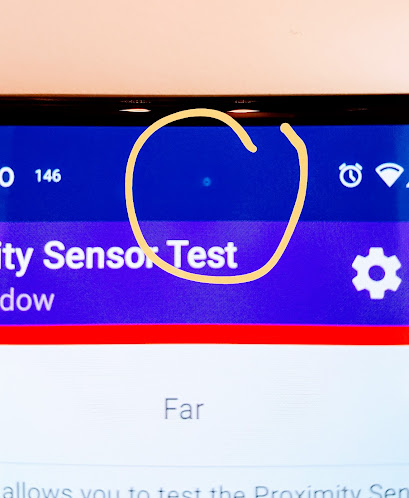 This flickering already annoyed a lot of people, because you can see it and it looks like some broken pixel of the display. Some applications like Google Home or the N26 banking app all the time query the proximity sensor so it is flickering all the time. On my phone I disabled all those apps, so the proximity sensor is only active during phone calls and when the test app is running.

I contacted Google Support and they told me that they don't know about such a problem and that the Gap issue is no issue at all. Phone is still water resistant. But they offered to replace my phone. Problem was that I did not buy the phone from Google's web store, but instead from a local retailer. In that case I would need to send in the phone and live without. As you all know, I am diabetic and I regularily check my blood sugar using my mobile phone with Freestyle Libre Bluetooth Low Energy (BLE) sensor. Also changing 2 times phones and copying data around was no option for me. So I looked for other possible solutions.

So I applied some fix, which was also suggested by members of above forums about #PixelGapGate: Try to fix the gap and check if proximity sensor works again! So I took a hairdryer and a huge amount of analogous books - The Brockhaus Encyclopedia! First I heated up the phone with the hairdryer (this makes the glue smooth) and then placed it between those Brockhaus Encyclopedia books. I put approximate 5 kg of books on top of the display and went for sleep. 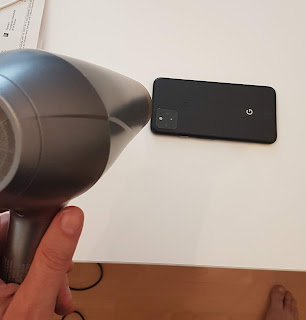 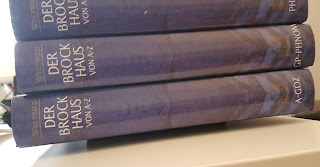 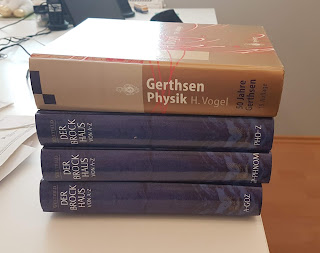 On the next day, I rescued the phone and checked the state: The gap was gone! Hurraaa! A quick test with the proximity sensor test app also showed: All went back to normal.

I used the phone a few days and had no problem with the sensor anmore. All phone calls behaved correctly and the screen only went dark when I put the phone close to my ear.

Unfortunately, after a week or so, the gap started to open again, so the Brockhaus fix was only temporarily. I repeated the same fix again, just to verify that it is reproducible. As expected: #PixelGapGate and proximity sensor issue are directly related. Searching on Reddit also found the following: "The Gap (gate). The Lie of Google."

I contacted Google Support again, they still offered to replace my phone, but at the moment they are checking if they can replace the phone by sending the new one first (like Amazon normally does).

You should offer all people an easy replacement of their phone without any bureaucracy. But very important: Before doing that, fix your design! My phone was built (according to serial number) in March, which is 5 months after the first few people recognized the gaps! I would not have expected that a phone manufactured 5 months later to still have the issue.

So please Google: Do something! The Pixel 5 is a great phone, but Gap Gate and Proximity Sensor is a pain! It's easy to fix by repacing the glue, just teach your manufacturer to fix their production!

Update (2021-08-14; may apply to German customers only): Unfortunately, Google is not able to replace a Pixel 5 phone by sending the new one first and waiting for the return (like Amazon), if it was not bought through their web store. So please see this as a warning: Never ever buy a Google Pixel phone or other Google hardware through a local retailer or a web store like Amazon from a third party! If you buy it in the Google Store, they will offer you a direct exchange without having to send in the old phone in first, so you can get the replacement phone first and copy the data e.g. thorugh the USB cable. This would have been important for me as a diabetic, because I use the phone as my blood sugar sensor. Now I have to copy the data 2 times (broken phone => very old Samsung phone or my laptop => new phone).